Did you know that in the past there was a route that linked La Mola with the rest of the island? The Camí de Sa Pujada or Camí Romà, is today one of the most special and beautiful routes that you can enjoy in Formentera.

A route full of history

The Camí de Sa Pujada, declared a Site of Cultural Interest, is a paved road used during the first half of the 20th century. It is believed to be Roman for its cobblestones, reminiscent of the great imperial roads.

Its oldest layout was built in the 13th century and reached an area called Es Monestir, where a small monastery of Augustinian friars used to be. In the 18th century the road was improved for horse carts.

Said to be the oldest road on the island, it starts near the pier and houses of Es Caló de Sant Agustí and ends in El Pilar de la Mola.

A route with great beauty

The route is approximately 4 kilometers long, it can be walked in around  80 minutes and has a 141m slope, so it is recommended you are used to this type of walk. Route in Google maps.

It starts in Es Caló, a small fishing village with a picturesque dock with wooden boathouses that protect small boats from the salt water. They were declared a place of cultural interest in 2002 and it is an ideal place to take beautiful souvenir photos of your holidays in Formentera.

Continue up the Camí de Sa Pujada, where the current road is. You begin to ascend to enjoy one the best views of the island. Along the way we will find the viewpoint of Les Petjades del Diable (the devil’s footprints), we can find the old quarry of marés (a type of limestone), a cross engraved on the ground, or a small cave called Cova de sa Mà Peluda. When the plateau of La Mola is reached, the route continues passing through the vineyards of the Terramoll Winery, where it produces wines with autochthonous varieties. The origins of the winemaking tradition date back to the 13th century.

The route ends in El Pilar de la Mola, from where six other new routes start, to get to know al the area. Check out the island’s green routes and our post on green hiking routes in Formentera. 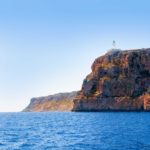 Events in Formentera in 2021

The history of Formentera through its churches 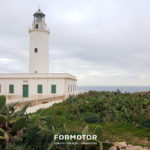