Formentera hides many curiosities and surprises. If you like to travel with more in mind than the typical tourist references, then this post is written for you.

A lighthouse with more than a century of history. The La Mola lighthouse, built in 1861 by order of Queen Isabel II. Imagine everything this lighthouse has seen passing through it’s light!

If you enjoy lighthouses and their history, in Ibiza you can visit the Botafoc lighthouse from 1859.

They say that Formentera is like a cheese, in a metaphorical sense (if not, more than one hungry glutton would have devoured it). Due to its geomorphology, it has many caves, passageways and groves.

Some caves in Formentera:

Cova mala, said to be linked to a curse.

Cova foradada, in Cap de Barbaria where some beautiful light effects can be admired.

It is said that the closest thing to paradise is found in Ses Illetes, an incredibly beautiful beach, and we can corroborate that.

They can tell you many things about this place, but there’s nothing better than experiencing it first-hand. It has nothing to envy the Caribbean beaches, and it is considered one of the best beaches in the world and certainly the best in Spain. Oh, and its surroundings are wonderful!

Formentera is chosen by many film and advertising directors as the setting for filming films, advertisements and shorts.

Lucía y el sexo, the mythical Spanish film, has its most famous scene shot at the Barbaria lighthouse.

At Estany Pudent you can enjoy an incredible phenomenon: the stunning migration of flamingos. This is one of the most emblematic places  to observe this wonder, with a great number of birds during spring and autumn.

In the 60s, at the peak of hippie culture, Pink Floyd spent several summers on the island (in Migjorn area), the influence of Formentera was a great inspiration for the group, reflected in its unique and special style.

We are waiting in Formentera to discover more curiosities! 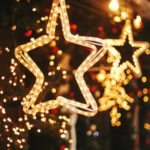 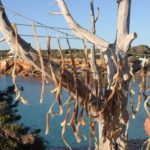 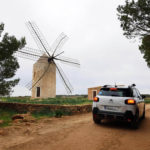 Mill route through the heart of Formentera
Close
We use our own and third-party cookies to configure the website and its services, for example, the language, as well as to analyze the activity of the website in order to improve its content. Click HERE for more information. You can accept all cookies by pressing the "I accept" button. To configure or reject the use of cookies, press the "MORE OPTIONS" button”