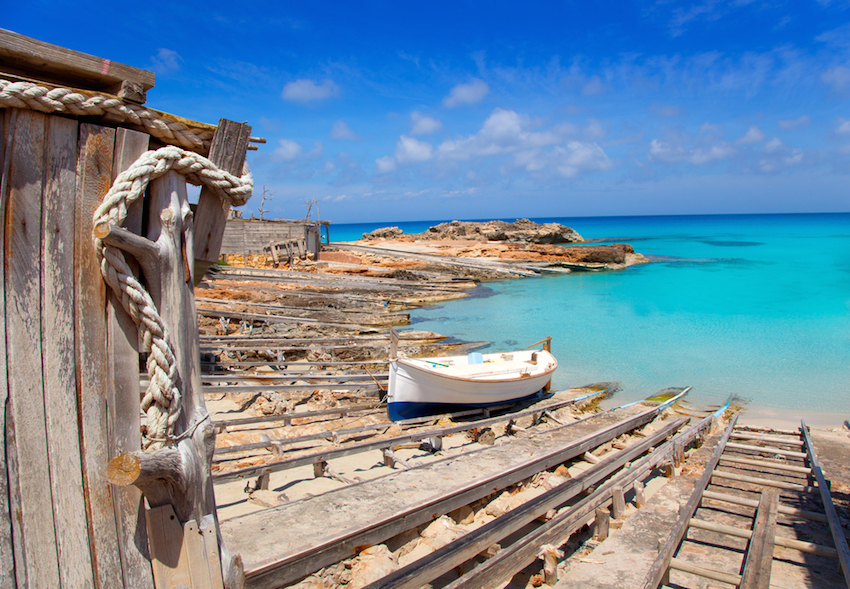 Formentera, the smallest inhabited island of the Balearic Islands, still keeps intact its nature of wild beaches and sunsets that seem to have no end. If you want to enjoy a holiday in the paradise of the Mediterranean, the best thing you can do is rent a motorcycle and really get to know all the places in Formentera you mustn’t miss:

Here are some of the most spectacular corners of Formentera:

When the tide is low you can walk up to this small islet. The ‘Illa de s’Espalmador’ is famous for its mud baths behind s’Alga beach, which leave you a soft and renewed skin.

Cala Saona is another point from which to enjoy the magical sunsets of Formentera. Enclosed between two cliffs, it is part of the Natural Area of Cap Alt, between Caló d’en Trull and Punta Rasa, about 5km from Sant Francesc Xavier and its uniqueness resides in its almost virgin state and in being a nudist beach.

The ancient route that linked La Mola with the rest of the island is probably one of the best excursions you can do in Formentera. It starts near Caló de Sant Agustí and ends, after almost 2km, near the village of El Pilar de Mola. Declared of Cultural Interest, from the viewpoint ‘Les Petjades del Diable’ you can enjoy one of the most spectacular views of the island.

At the end of the beach of Migjorn you find this hidden cove where you can contemplate some of the most wonderful sunsets of Formentera.

In the area of Can Marroig, you will find ‘Les Piscinetes’, a few coves with natural pools along the coast where you can enjoy exploring the natural caves on rock walls, snorkelling or just admiring the scenery.

As you can see, Formentera is full of places to discover and enjoy. Don’t miss any!

The beaches and coves of Formentera 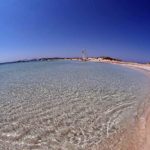 Who’s looking forward to beach and holidays in Formentera?

Events in Formentera for 2021
Close